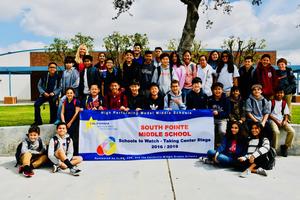 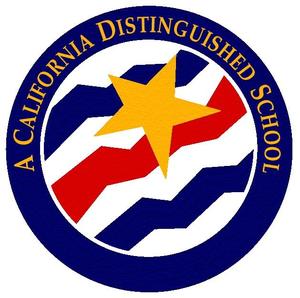 In addition, South Pointe has been re-designated as a model school in the 2018-19 Schools to Watch-Taking Center Stage program and will be recognized at the National Forum in Washington D.C. in June.

“South Pointe is dedicated to creating an environment for students that fosters positivity, collaboration, and achievement.”

Sixteen high-performing California schools were newly honored as Schools to Watch, and join 33 previously chosen schools whose sustained progress will allow them to retain their Schools to Watch status.

“Great schools are created through the synergy of staff, students, and a community working together to ensure all students have a future filled with opportunities,” commented Principal Dr. Susan Arzola.

“We are so proud to be recognized and to be part of the Walnut Valley USD!”

South Pointe was the first Walnut Valley USD middle school to earn the Schools to Watch title in 2015.

Since then, all three middle schools have received the select honor and Walnut Valley USD was named a National Schools to Watch District in 2018.

Schools to Watch, which are honored at both the state and national level, become examples for middle schools across the country.

The Distinguished Schools program, sponsored by the California Department of Education, alternates between recognizing elementary schools, and middle and high schools.