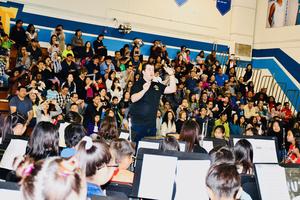 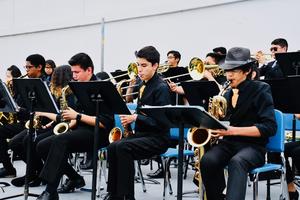 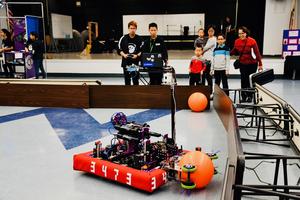 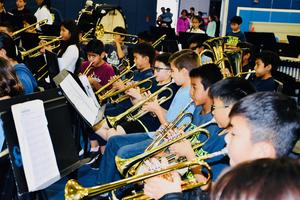 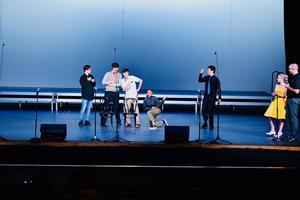 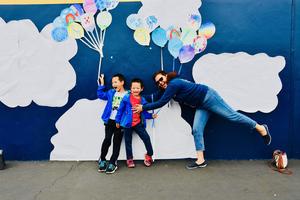 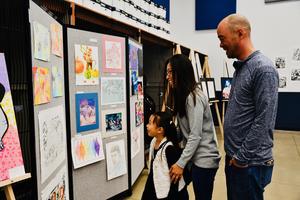 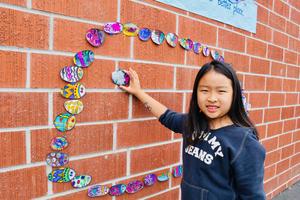 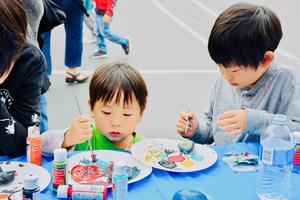 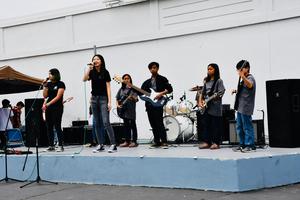 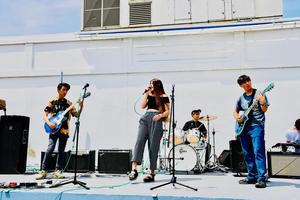 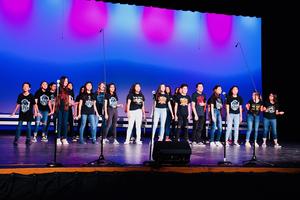 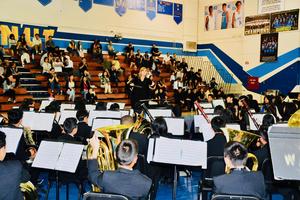 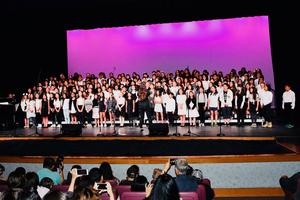 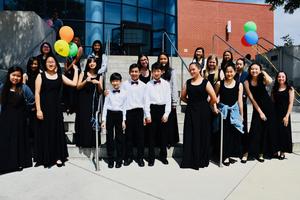 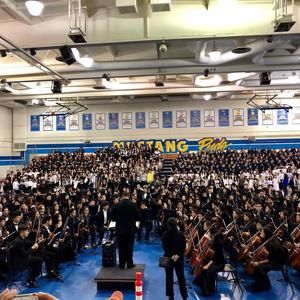 Students were excited to share their talents from 10 a.m. – 6 p.m. on several stages around the Walnut High campus.

The Concert Hall in the gymnasium featured performances by elementary bands, orchestras, and middles school bands.

Chaparral Middle School kicked off the event with 300 musicians from the combined orchestras taking the stage under the direction of Greg Rochford.

In the arts festival finale, the combined Diamond Bar and Walnut High orchestras were joined by vocalists of all ages in a moving performance of“America the Beautiful.”

“Several parents commented that they were so grateful their children were a part of it!”

In the Performing Arts Center, drama, dance, and choirs from every level took the stage throughout the day.

In the outdoor stage, Walnut High’s intermediate and advanced jazz bands performed Cole Porter’s Begin the Beguine and several other classics, while Diamond Bar High’s commercial music program rocked out with songs like “Centuries” by the Fall Out Boys and the Thompson Twins’ “Hold Me Now.”

Diamond Bar High’s Sprocket robotics team members invited visitors of all ages to control the arm and score balls in a goal using the 2019 competition robot in the STEAM Exhibit.

They learned the basics of engineering principles, such as momentum and movement through hydraulics,” said Sprocket’s captain, Jessica Yen.

Another display offered visitors the opportunity to have their name laser engraved onto small tokens right before their eyes.

“By the end of the event, we had created over 60 tokens,” Yen reported.

“We loved being at the event to inspire our community!”

Students shared VEX and VEX IQ robots and some of the competition challenges they faced.

“For example, VEX IQ stacked Hubs cylinder-shaped elements and maneuvered the bots to hang on a pole, while the VEX teams flipped caps and shot balls in a specific color,” said teacher Crystal Dira.

One of the school’s robotics teams, Team Tinkercat 87895A, exhibited a Build Award, Excellence Award, and Sportsmanship Award earned at the State Competition.

“These students have truly set the bar high and served as a wonderful example for future South Pointe Robotics teams by their dedication and ability to work hard and cohesively as a team,” said teacher Crystal Dira.

The Open Mic outdoor stage featured individual and small groups, and a World Dance workshop led by the Aman dance educators who taught 10-week dance sessions to all WVUSD third graders this year.

Students collaborated on an outdoor community art wall, added doodling and messages on a graffiti banner, and joined a rock painting activity based on the book “Only One You.”

Special thanks to lead VAPA teachers Corey Wicks and Leslie Schroerlucke and all the teachers, students, parents, staff, and administrators that participated and made the day such a success.

The Arts Cellar featured student work of all ages.

Combined elementary choirs take the stage under the direction of Greta Davis.