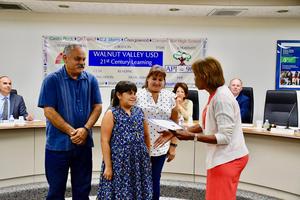 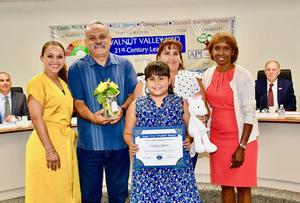 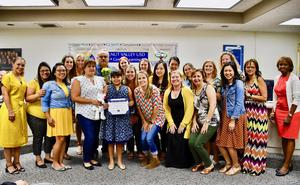 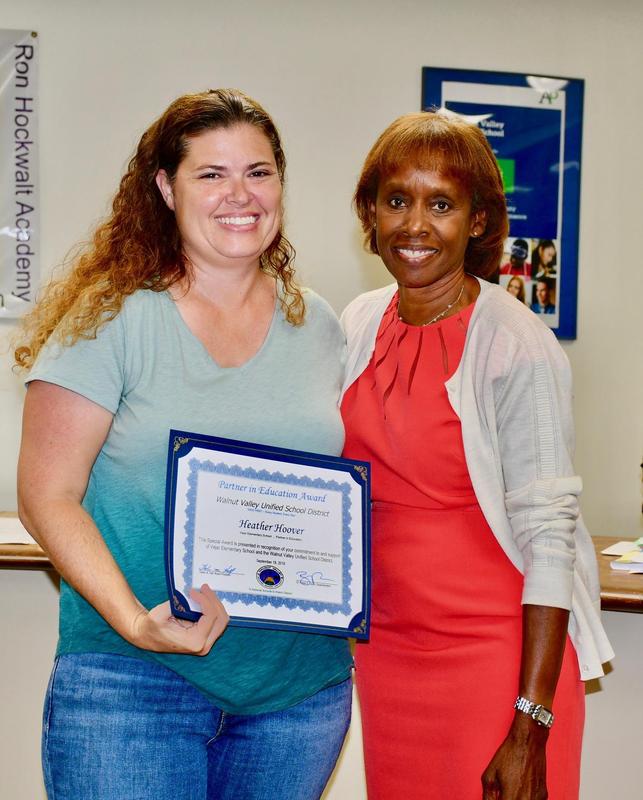 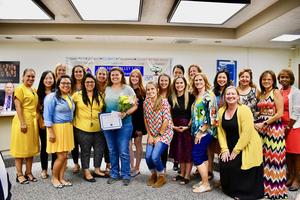 WALNUT, CA--During the September 18 meeting, the Board of Trustees paid tribute to a stellar Vejar Elementary parent and community member.

Angelica Calderon was spotlighted with the Super Star Student Award for being a leader and role model on campus.

“We are so proud of the work she has done and continues to do as a Vejar star student!” said Principal Whitney Prenger.

Parent volunteer Heather Hoover received the Partner in Education Award for providing ongoing support in classrooms, supporting the school library, and coordinating a variety of activities – all with enthusiasm, heart, and service with a smile.

“She is someone who truly cares for Vejar and definitely goes above and beyond!” Prenger added.