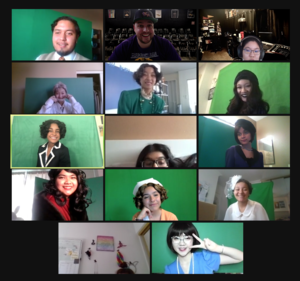 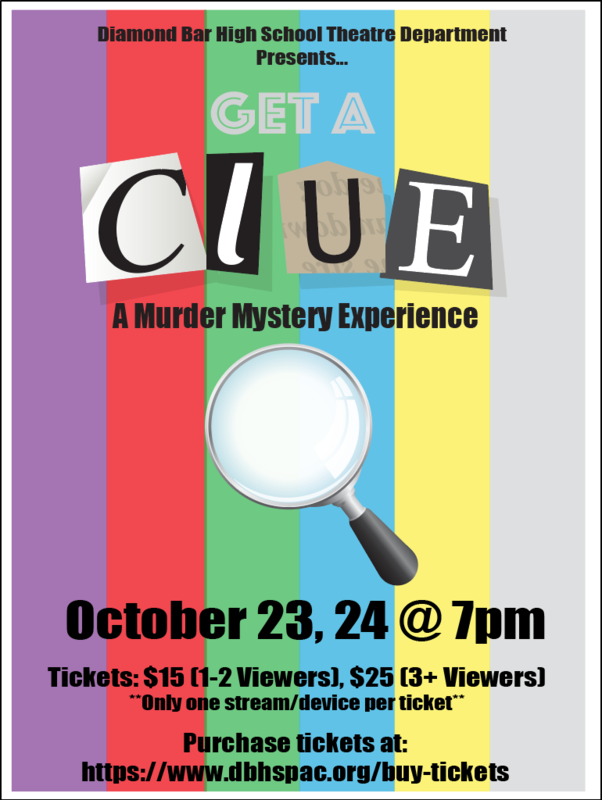 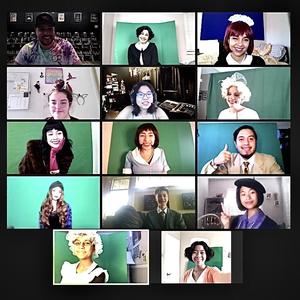 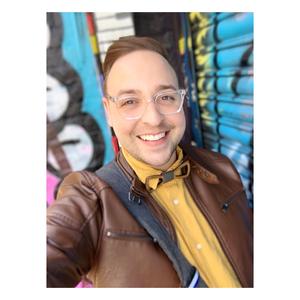 DIAMOND BAR, CA— In the midst of the pandemic, Diamond Bar High students are honing their acting chops in a new play making its debut next week.

The school’s Drama Department will present “Get A Clue” – A Murder Mystery Experience” on October 23 and 24 at 7 p.m.

Because the teen actors still aren’t able to take the stage due to COVID-19, they will be performing from their homes on Zoom.

Drama teacher Jared Kaitz wrote the “Get A Clue” over the summer while in shelter-in-place.

The show begins with eight guests arriving at a dinner party hosted by a stranger who reveals he has been blackmailing all of them.

When a series of murders take place, the guests become suspects and must work together to solve the crime.

“I think the audience will really enjoy this production!” Kaitz said.

Improvisation, a key component in the theatre, has become the norm as teachers and students adapt to the remote learning experience.

“Theatre in a pandemic is very difficult,” Kaitz commented of the endeavor with “everything we are used to stripped away.”

“It takes a ton of flexibility, commitment to learning, and time to be able to put together a virtual production.”

Along with his writing duties, Kaitz is acting as the show’s director, producer, costumer, prop maker, video editor, wig stylist, and more.

He began pivoting after the spring musical “Phantom of the Opera” was postponed in March when the school was shuttered.

“It was a difficult blow because we spent so much time and money preparing for the performance.”

“During a difficult time, we were able to keep the theatre alive and the students were so grateful!” he said.

Over the summer, Kaitz planned the 2020-21 season of shows with a virtual option for each.

“Just in case we were still unable to be together.”

Because “Phantom” didn’t generate any revenue, the department was short on funds for show rights, and at the time, none of the royalty companies were allowing virtual productions, he said.

Cast members have been memorizing lines, rehearsing, blocking, and vocalizing since August.

Drama President senior Allison Santogrossi hopes “Get A Clue” will take people’s minds off all the stressful things happening and allow them to get lost in the story.

“I'm really happy that we're putting on this production because it not only gives the performers a sense of normalcy, but also gives our friends and family something to look forward to,” she said.

“I've seen how excited my family is to see me in this production - even if it's in our living room wearing PJs!”

The cast, crew, and director were resourceful, creative, and rose to the challenge, he shared.

“It strengthened our friendships and trust in each other, important for cultivating a beneficial environment for performers,” said Tamayo.

“Most of all, we learned that amid the isolation art has the ability to unify people, with love, joy, and expression - the show must go on!”

Since most drama rehearsals and performances take place after school, class assignments and tasks have also taken a lot of creativity and integration of technology, Kaitz explained.

“Lucky for me, I got Google Certified before COVID-19, which has helped so much with integrating technology in the classroom.”

“The main things I have learned through all this is: be flexible, be creative, and continue exploring new technologies/strategies!”

Kaitz is a 2009 Diamond Bar High graduate who was involved in Drama, Marquis Advanced Show Choir and Dance.

Before he began teaching in 2011, he worked professionally as a musical performer across the country.

He joined the Brahma staff nearly four years ago.

“Teaching at Diamond Bar feels like home!” Kaitz said of working at his alma mater.

Coincidently, his twin brother, Jacob, is the school’s theatre manager, and they work side-by-side on the productions.

“Being a part of this program led to my career in theatre, and I am so happy to be able to give my students their own experience!”

“This job is truly a dream come true.”

Diamond Bar High drama students take the virtual stage in “Get A Clue”.