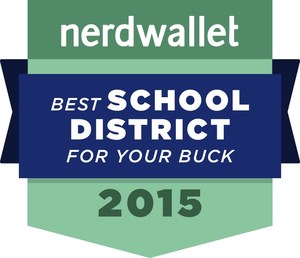 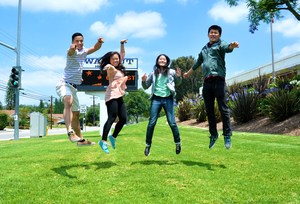 Best Schools for Your Buck

Best Schools for Your Buck

Walnut Valley #1 in So Cal!

WALNUT, CA--Walnut Valley schools are the most impressive in Southern California according to the Best School Districts for Your Buck report issued on June 29.

The report studied 153 unified and secondary school districts by affordability to live there, standardized test scores, college readiness, and student-to-teacher ratio. All information was provided by the California Department of Education.

“I am so proud of our students, teachers, staff, parents, and community. It takes a lot of commitment to get to this level. It’s truly a team effort!” said Board Member Cindy Ruiz.

Some of the best school districts in the nation are found in sunny Southern California. But it is one of the priciest places to live. For example, in Orange County, the median housing price is upward of $700,000 according to the California Association of Realtors.

NerdWallet researched So Cal schools to find great schools for families and affordable homes. A total of 10 counties in the region were compared from San Luis Obispo, Kern, and San Bernardino counties to San Diego and Imperial counties.

Many schools have been honored as California Distinguished Schools and National Blue Ribbon Schools, and this year, Walnut Valley’s three middle schools – Chaparral, South Pointe, and Suzanne - were designated California Gold Ribbon Schools, the award given during the hiatus of the distinguished schools program. In addition to general academics, the District also features targeted learning in areas such as Chinese languages, STEM, health, design, performing arts, college prep and advanced placement.

In addition, WVUSD was ranked 6th in the entire state, out of over 1,000 school districts, in the 2015 Best Schools for Your Buck in California report in March.

See the full report at:  http://www.nerdwallet.com/blog/cities/best-school-districts-southern-california-2015/