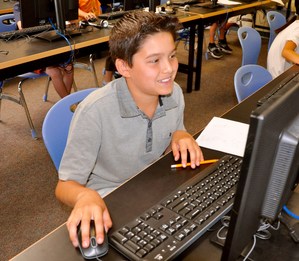 Because 2015 is the first year of the new tests and because they are substantially different from their predecessors, Torlakson said the California Assessment of Student Performance and Progress (CAASPP) results will serve as a baseline from which to measure future progress and should not be compared to results from the state's previous assessments, the Standardized Testing and Reporting (STAR) program.

CAASPP includes a number of assessments, but the most widely given are the Smarter Balanced Summative Assessments, which evaluate student progress on the California standards in mathematics and English language arts/literacy, often referred to as the Common Core.

"The results show our starting point as a state, a window into where California students are in meeting tougher academic standards that emphasize critical thinking, problem solving, and analytical writing," Torlakson said. "California's new standards and tests are challenging for schools to teach and for students to learn, so I am encouraged that many students are at or near achievement standards. However, just as we expected, many students need to make more progress. Our job is to support students, teachers, and schools as they do."

Preliminary figures indicate that less than 1 percent of California students did not take the assessment resulting from a parental exemption. That shows, Torlakson said, that there is a high level of commitment to the new standards among parents, teachers, students, and business and community leaders.

The new standards and tests enjoy widespread support from leaders in K-12 and higher education who believe they can improve college readiness. California's state universities and most community colleges use the eleventh grade results as an early signal of readiness to take college courses. In English language arts/literacy, 56 percent of the eleventh graders tested are ready or conditionally ready for college work, while in math 29 percent are ready or conditionally ready.

The CAASPP tests for English language arts/literacy and mathematics were given to students in grades three through eight and grade eleven. They consist of two parts. First, is an adaptive test taken on a computer that gives students different follow-up questions based on their answers, thereby providing a more refined picture of a student's abilities. Second, is a performance task that challenges students to apply their knowledge and skills to real-world problems. The two parts measure depth of understanding, writing, research, and problem-solving skills.

In contrast, STAR was a multiple-choice, paper-based test in which students, for the most part, filled in bubbles on paper and could more easily guess correct answers.

The CAASPP Results Web site contains the results for all counties, districts, and schools across the state, broken down by grade, gender, ethnic groups, and demographics. In addition, the Web site allows users to download results and search individual categories.

The baseline scores reflect, in part, the rigor of the state's new academic standards, Torlakson said. CAASPP focuses on assessing crucial abilities, such as analyzing problems, thinking independently, and writing clearly with evidence. Those skills take time and effort to master but are essential to succeed in today's world.

"California is in the process of transforming its schools with increased funding, higher academic standards, more local control, and additional support for students and schools with the greatest needs—and this will take time," Torlakson said. "This is our first academic check-up on how that work is going, and so I ask parents and educators to take that into account, use this information wisely to help their students, and understand this is a baseline that we will build upon."

One concern, Torlakson said, is the results indicate the state has a persistent achievement gap—significant differences in scores—among students from low-income families, English learners and some ethnic groups when compared to other students. Overall, 31 percent of students in all grades from low-income families met or exceeded standard in English language arts/literacy and 21 percent met or exceeded standard in math, compared with 64 percent and 53 percent for the subjects, respectively, among other students. (Tables 4 and 5)

Overall, 11 percent of English learners in all grades met or exceeded standard in English language arts/literacy and 11 percent in math, compared with 69 percent and 55 percent for those subjects, respectively, for students proficient in English.

"Clearly, we must continue working to eliminate these gaps," Torlakson said. "Much work needs to be done, but we are moving in the right direction with our efforts to provide extra resources and services for students and schools with the greatest needs."

Toward that end, CDE helped develop a digital library for districts that contains information to help teachers improve their teaching and to collaborate with each other. In addition, teachers can use interim tests to help them get immediate information about their students' performance so they can adjust teaching during the year.

"Assessments are like satellite photos — they are snapshots taken at one moment in time," Torlakson said. "There are many positive changes underway in California's schools, and I expect CAASPP scores to rise in coming years as students and teachers get more support and more experience with these new standards and assessments."

The CDE also released results of the California Standards Test for science, which is administered to students in grades five, eight, and ten. These tests are not aligned with California's recently adopted Next Generation Science Standards (NGSS). Assessments based on these standards are currently being developed. Overall, the percentage of students proficient and above dropped from 61 percent in 2014 to 57 percent in 2015. (Table 6)

In addition, the CDE released results from the optional Standards-based Tests in Spanish (STS) for reading language arts. (Table 7)