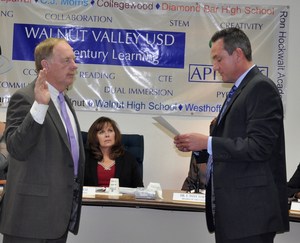 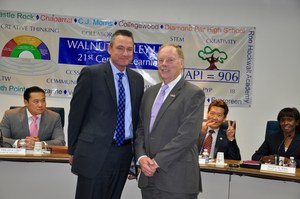 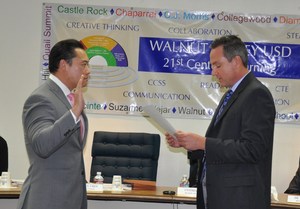 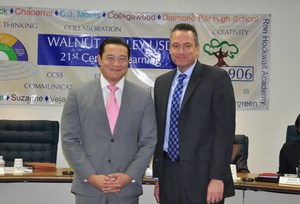 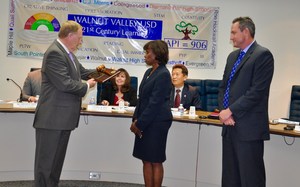 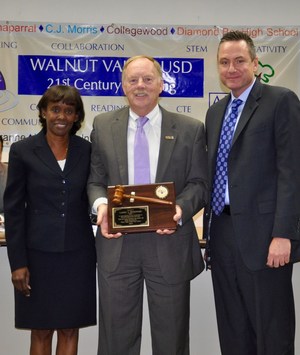 WALNUT, CA— Two Walnut Valley Unified School District Board of Trustees took oaths of office during the December 9 Board Meeting.

Incumbents Larry Redinger and Dr. Phillip Chen were sworn in to serve their four-year terms.

Superintendent Dr. Robert Taylor administered the oaths, as Redinger begins his seventh term and Chen begins is second term as WVUSD Board Members.

The annual reorganization of officers, held each December, also took place during the meeting.

Board President Redinger turned the gavel over to Helen Hall, who will maintain the position through December 14, 2016.

Redinger was presented with an engraved plaque in honor of his year of service as president.

“You did an outstanding job!” Hall commented.

“Thank you for your leadership,” Ruiz added.

Board President Larry Redinger turned the gavel over to newly elected Board President Helen Hall after the annual re-organization of officers. Redinger was recognized for his leadership during his one-year term. Shown with Helen Hall and Dr. Robert Taylor.