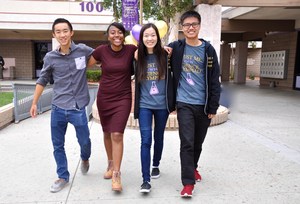 WALNUT, CA—Walnut Valley Unified School District is pleased to announce that Diamond Bar and Walnut High Schools have made the listing of “2016 America’s Most Challenging High Schools” by The Washington Post.

“Our exemplary high schools continue to be recognized on a national stage for preparing students to be academically competitive for the next chapter in their lives,” said Superintendent Dr. Robert Taylor.

“We are honored that Diamond Bar and Walnut have been named among the nation’s most rigorous high schools!”

Schools are ranked through the College Index formula, invented by education columnist Jay Mathews, that is a simple ratio: the number of Advanced Placement and International Baccalaureate tests given at a school in 2015 divided by the number of graduates.

Schools with ratios of 1.00 or above made the list, with approximately 22,000 U.S public high schools included this year.