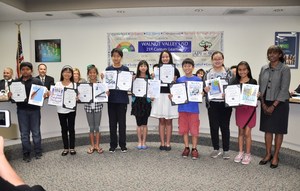 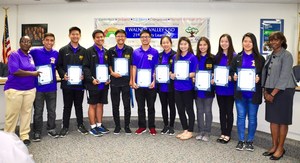 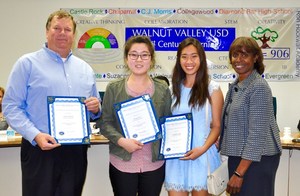 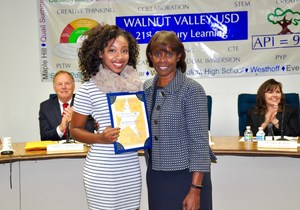 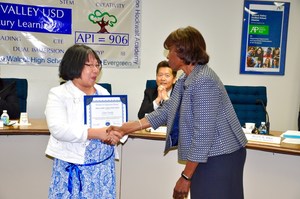 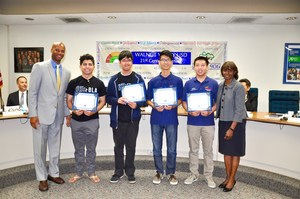 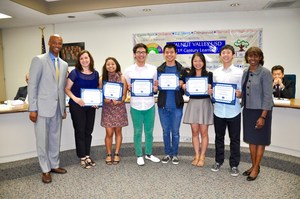 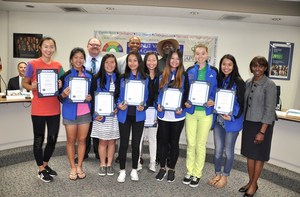 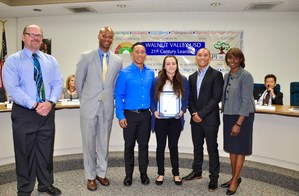 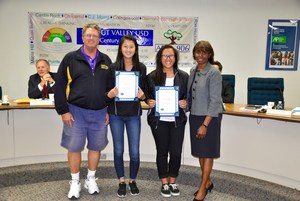 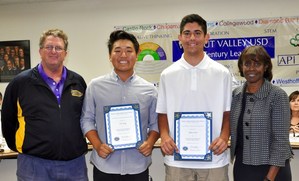 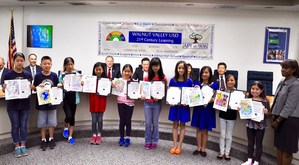 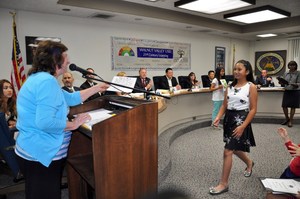 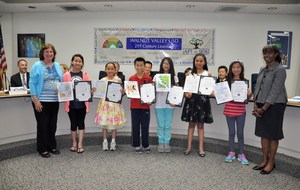 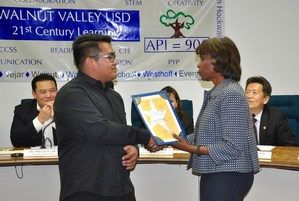 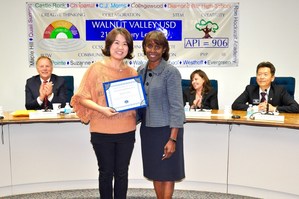 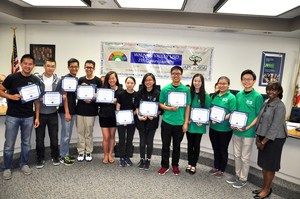 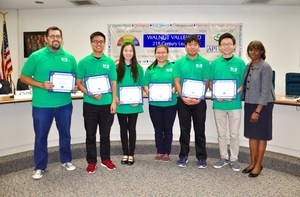 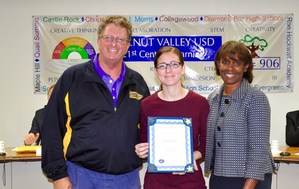 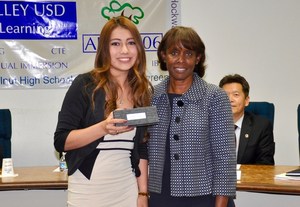 WALNUT, CA—Walnut Valley Unified School District (WVUSD) Board of Trustees honored a large group of exceptional students and parents during the May 18 meeting.

Jordan received rave reviews as the innkeeper in the school’s production of “Les Miserables.”

“Sometimes someone catches fire and that’s what happened this year,” said interim principal Denis Paul about the first year drama student had never acted before.

Parent Rachel Chang was honored with the Partner in Education Award.

“This past year, Rachel was the chairperson of our Magnificent 7 parent organization. She ruled with a velvet glove!” Paul added.

The dedicated volunteer serves as a liaison for translating information and has the ability to make sure that everyone has a voice during meetings. Next year, Rachel will step into a new role as president of the Korean American Parents Association.

“Nia came to Walnut this year halfway through the semester and hit the ground running,” said Principal Brandon Dade.

The hard-working student successfully took seven Advanced Placement courses, completed over 280 credits, and has been accepted to Loyola Marymount University.

“Her character, perseverance, and the positive relationships she has with other people will be her legacy at Walnut High,” Dade added.

The Zhan Family received the Partner in Education Award for their efforts in meeting the needs of Walnut High students. Through several financial donations, totaling $13,000, the school has been able to purchase clothing, holiday gift baskets, gift cards, and additional items. “These items have helped break down financial barriers so that our students can enjoy their high school experience,” said Dade.

Finalists in the Music K-8 Cover Contest were recognized by the Board of Trustees on May 18. Shown with Board President Helen Hall.

Board of Trustees honored the District’s Honorable Mention winners in the Music K-8 Cover Contest. Shown with Board President Helen Hall.

Walnut High School parents Jim and Liying Ding Zhan were honored with the Partner in Education Award. Shown: Queenie Truong accepted for the family, with Principal Brandon Dade, and Board President Helen Hall.

Trustees honored WHS senior Tiffany Casarez and DBHS senior Monica Lin for their service as Board Representatives during the 2015-16 school year. Shown: Tiffany Casarez with Board President Helen Hall.