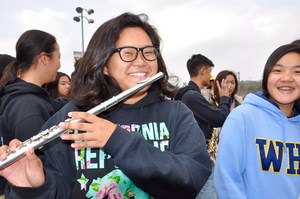 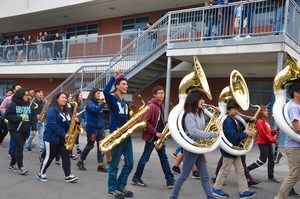 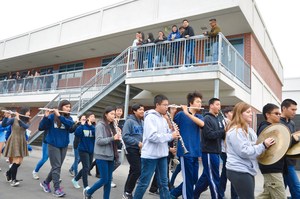 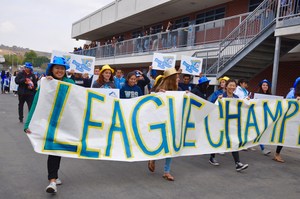 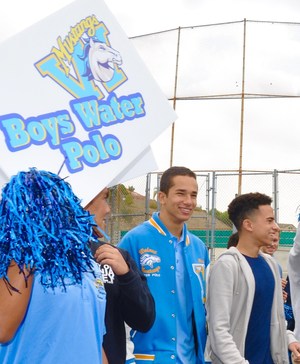 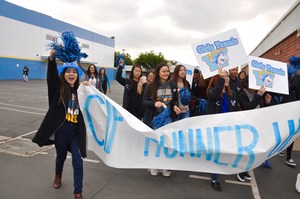 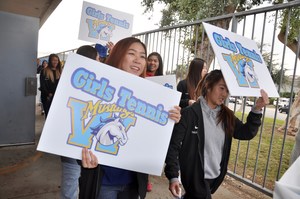 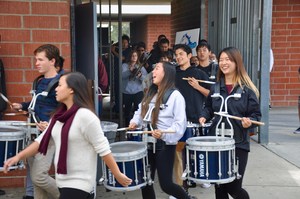 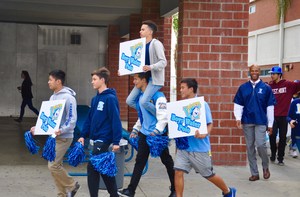 WALNUT, CA—Walnut High showed its blue and gold school spirit during a Parade of Champions to celebrate winning athletes on December 6.

The Blue Thunder marching band, drumline, color guard, and pep squad led the line up during the mile-long route around the campus.

Students and staff cheered and clapped as the parade passed by their classrooms.

“We want to celebrate loud, hard, and often - and today ASB and the band led Walnut High to do just that!” said assistant principal Petria Gonzales.