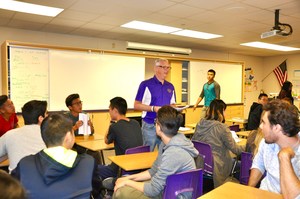 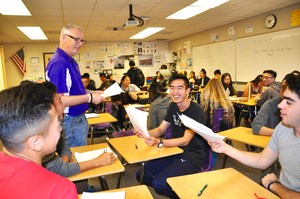 DIAMOND BAR, CA--The numbers have been crunched for 2017 and U.S. News & World Report has released its annual list of the best high schools in the country.

How did Walnut Valley schools do?

Both standout schools have been included in the report every year since the publication began its ‘Best High Schools’ search in 2009.

More than 28,000 schools were reviewed in all 50 states and the District of Columbia to determine the top public high schools, with more than 650 in California earning a ranking.

U.S. News looked at overall student performance on state-required tests, high school graduation rates, and evaluated on how they prepare students for college using participation and performance data from AP and IB exams.

The “2017 America’s Best High Schools” ranking identify the top performing public schools at both the national and the state level and include data on more than 28,000 high schools.

Diamond Bar and Walnut offer an extensive roster of IB and AP courses to provide teens with an opportunity to challenge themselves with college-level course work during high school.

“Our premier high schools continue to be recognized on a national level for preparing students to be academically competitive for the next chapter in their lives,” said Superintendent Dr. Robert Taylor.