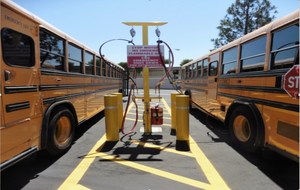 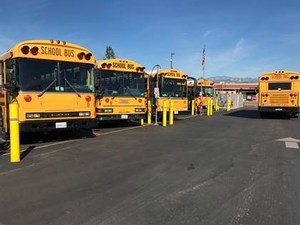 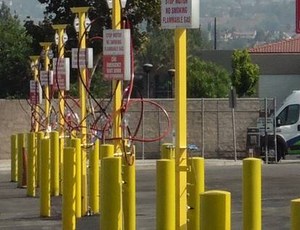 The District owned and operated CNG vehicle fueling facility was in need of equipment replacement and upgrades in order to support the existing CNG-fueled vehicle fleet.

Increasing demand for clean fuel and improved air quality was quickly outstripping the District’s ability to meet that demand.

Without the upgrades to the CNG fueling infrastructure, the District would not have been able to adequately fuel its CNG fleet.

WVUSD was able to upgrade its CNG station thanks, in part, to $175,000 in Clean Transportation Funding from the Mobile Source Air Pollution Reduction Review Committee (MSRC).

The MSRC allocates Clean Transportation Funding from a $4 surcharge on vehicle license fees, specifically to be used for local projects designed to reduce air pollution from motor vehicles.

Over its 25-year history, the MSRC has distributed more than $400 million in funding to innovative clean air projects - like the District’s upgraded CNG station - throughout LA, Orange, Riverside and San Bernardino Counties that have helped to remove as much as 13,000 tons of air pollution from the skies of Southern California.

Renovations to the station were needed because the addition of new busses and gradual failure of the compressors over the years had a negative impact on the District’s transportation program due to frequent system failures. The new and upgraded equipment will increase the station’s efficiency and allow the District to continue replacing petroleum-fueled vehicles with additional CNG vehicles.

The current fleet now stands at 24 CNG buses in use, making up 77% of the District’s fleet.  In the last five years, 13 gross polluting diesel buses were replaced with CNG-fueled buses.

Construction was provided by Fueling and Service Technologies DBA Fastech. The total construction cost was $534,800 and funded by the MSRC and Walnut Valley Unified School District.  The two-month project total was approximately $800,000.

WVUSD has installed a newly renovated CNG Fuel Station at the District Education Center in Walnut.