The Last Great Race on Earth 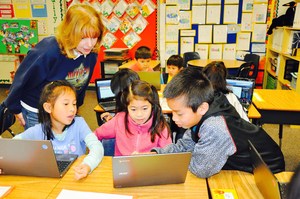 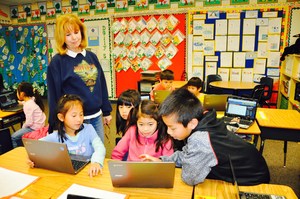 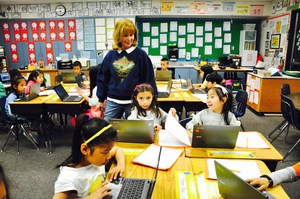 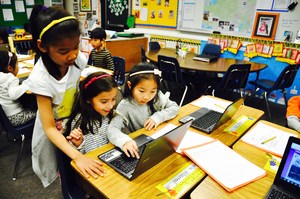 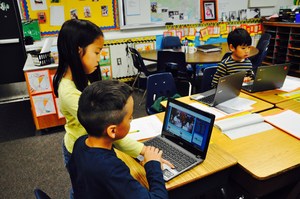 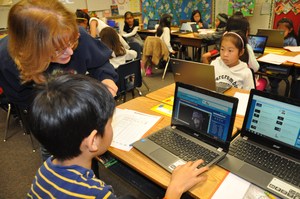 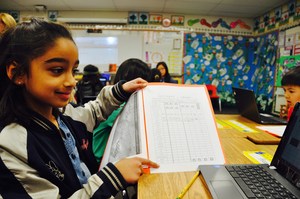 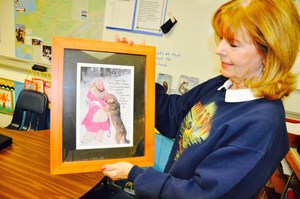 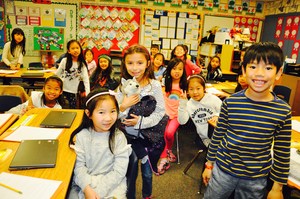 For the past 15 years, teacher Alice Oldag has incorporated the famous 1,000-mile journey of 65 musher teams into her lesson plans.

To educate students about the trail race and Eskimo culture, she first reads aloud two books, Balto and the Great Race and Black Star, Bright Dawn, before the race begins.

Then students randomly select a musher and follow the race on individual Chromebooks, recording team location, ranking, and number of dogs in notebooks.

“Each morning, the children run to the computers and ask each other ‘Where’s your musher?’” Oldag reported while wearing an Iditarod sweatshirt.

The teacher even purchased a subscription to the official Iditarod Insider website so students can watch real-time videos, read bios about their mushers, check the status of sled dogs, and weather conditions.

“It makes them feel like they’re part of the race,” she said.

Each day, the race can change drastically with the extreme sport racers dealing with frostbite, injuries, icy crossings, moose attacks, and whiteout conditions.

A team can fall from first to last place in just one day, the teacher commented.

Her classroom was buzzing as the children checked on their teams and watched streaming video footage on March 7.

“My musher is Shaynee Traska,” shared Akanksha Bhat, age 7, on the second day of the race.

“It’s 27 degrees and cloudy there today,” the teacher reported to the class.

“Come on, Emily!” she cheered.

“When I grow up I want to be a musher!” she added.

“My musher helped another musher that crashed today,” reported Jacob Hinds while checking the website.

“My musher scratched, so I picked a new one - Monica Zappa, and she’s in 46th place today,” said Matthew Heng.

Kyle Lin followed Steve Watkins whose 16-dog team had checked into Finger Lake, Rainy Pass, and Rohn by the second day of the race.

“This is fun!” exclaimed Hannah Miraflores.

“My musher is Michelle Wilgrees. She’s in 55th place today, but I think she’ll win!”

Oldag shared that the racers only take an 8-hour and 24-hour rest break during the nine-day race.

“It’s mainly for the dogs, racers snooze on the side of the trail and then keep going,” she said.

During the race, the mushers care for their dogs by cooking up frozen bits of fish with melted snow. They also stop to change snow boots on the entire team every few hours.

“The mushers live off of chocolate bars and frozen fish. There’s no Chick-fil-A in the middle of nowhere!” Oldag exclaimed.

The children trace the location of the international troop of mushers on a large map in the classroom each day.

And they covet Iditarod treasures on display including an autographed picture of famous musher Dee Dee Jonrowe, a tiny dog snow boot, and a cuddly stuffed Balto dog that goes home with one student each day during the month.

At the culmination of the event, Principal Trina Dreyer arranged for a real musher and team of sled dogs to visit with students.

“It is very rewarding to see children so enthusiastic about learning,” said Oldag, a 26-year veteran teacher.

“The Iditarod experience taught them about the Eskimo culture and a way of life that is so exciting. It is an excellent example of perseverance in its highest form!”

Akanksha Bhat shows the daily journal she keeps during the Iditarod race.

One lucky student gets to take home Balta each day during the Iditarod race.