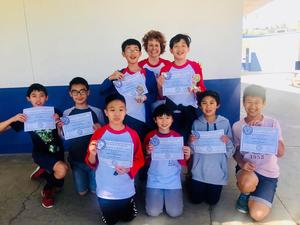 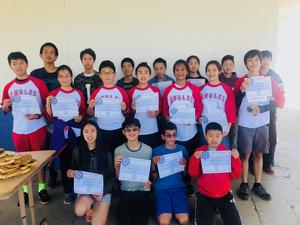 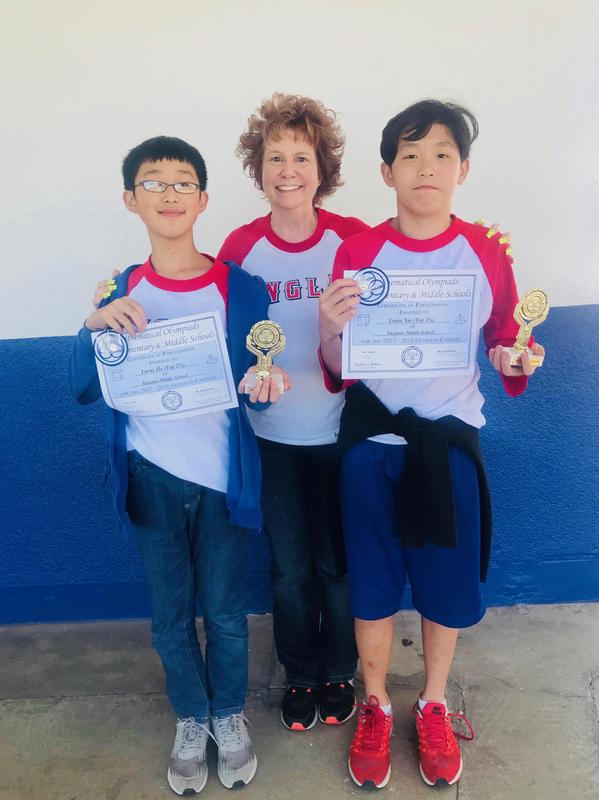 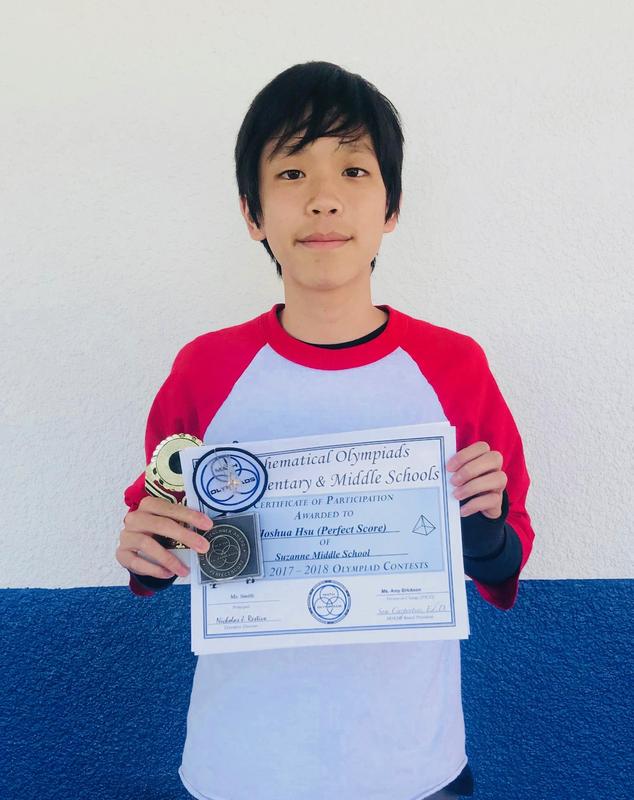 WALNUT, CA--More than fifty students from Suzanne Middle School joined nearly 150,000 students in the United States during the 2017-18 Math Olympiad.

The annual contest enables “mathletes” to challenge themselves and to compete against other students nationwide.

For the first time ever, Suzanne 7thand 8thgrade students scored in the top 10% of all teams in their division nationwide earning a highest team achievement award.

Eighth grader Joshua Hsu earned the title of top school winner with a perfect score of 25. He was awarded the individual George Lenchner Award of Excellence.

The top 6thgrade winners were Lucas He and Louis Xie, both scoring in the top 10% nationally. They earned 1stplace trophies and silver pins.

Phillip Chen took the 3rd place award and recognition patch for scoring in the top 25% nationally.

In addition, several 7thand 8thgrade students were honored for their high scores.

Oscar Chen and Siarra Huang scored in the top 25% nationally and received patches.

Allison Lin and Joseph Shen scored in the top 30% nationally.

Megan So, Andrew Wang, and Aaron Zhang scored in the top 50% of the nation.

Several 6thgrade students were recognized for their high scores.