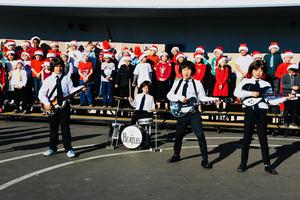 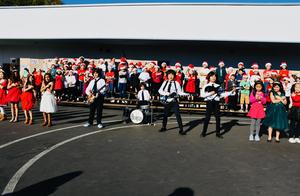 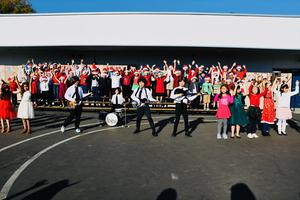 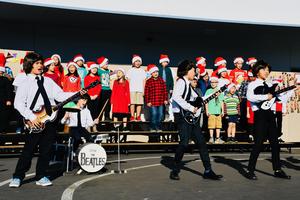 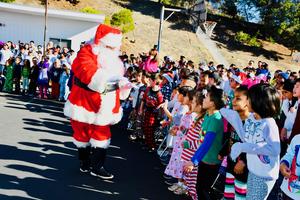 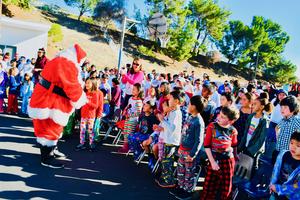 Of course, it wasn’t the legendary John, Paul, George, and Ringo or even a Fab Four tribute band.

But, it certainly felt like the British Invasion with a recorded introduction of the sensational rock group debuting on the Ed Sullivan Show in 1964.

And they brought a bit of nostalgia to hundreds of parents clapping and tapping toes in the audience.

The annual Sing-A-Round featured songs performed by every grade level, students joining hands during the finale “Peace on Earth,” and a special visit from Santa Claus.

The Fab 4 rocks out during Collegewood Elementary’s Sing-A-Round on December 19.